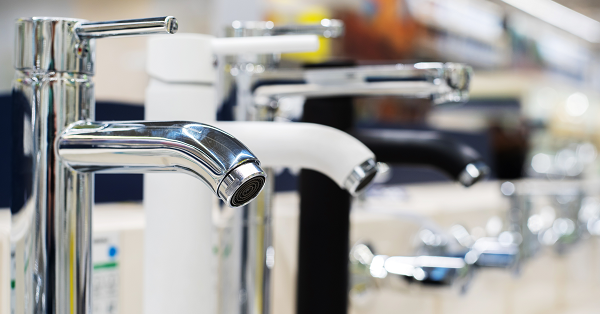 Mr Goren was dismissed while he was overseas and his return flight to Australia was delayed due to COVID-19. Mr Goren’s children were made aware of the dismissal and decided not to tell him about it until he had completed his two weeks quarantine due to medical advice they had received from his doctor. The Fair Work Commission (the FWC) reluctantly granted an extension of time for his application.

Mr Goren had been employed as a delivery driver by Tradelink Pty Limited (Tradelink), since 2015. Pursuant to the Tradelink Enterprise Agreement, he was able to apply for extended unpaid leave of up to 12 months, which would not break his continuity of service.

In September 2020, Mr Goren was granted 6 months extended leave to travel to Turkey. At the time, he signed an Application for Unpaid Leave of Absence which provided that he would contact the Branch Manager, one month prior to 21 March 2021, to discuss potential employment opportunities. The Application stated that, if Mr Goren failed to make any contact with the Branch Manager, it will be taken that he had resigned from the business.

Mr Goren failed to contact Tradelink one month before 21 March 2021. However, Mr Goren’s son, Firan, had contacted his direct supervisor, Mr Hamilton. Firan informed Mr Hamiliton that Mr Goren was still in Turkey and did not have a date for his return to Australia.

On 7 April 2021, Tradelink sent an email to Mr Goren and requested that he make contact with them. Mr Goren did not receive this email as he had stopped using that email address in November 2020 and had failed to inform Tradelink of this.

On 28 April 2021, Tradelink sent a further letter by post and email. The letter explained that Mr Goren’s leave was expected to cease on 21 March 2021. Since Mr Goren had failed to make contact with Tradelink, they had deemed that he had resigned, with his last day of work being 28 April 2021. Mr Goren’s daughter became aware of the letter on 3 May 2021, when she received a copy of the letter in the mail.

Mr Goren’s children made attempts to contact Tradelink in relation to his employment. However, they did not tell Mr Goren about the letter accepting his resignation until 11 June 2021.

On 27 May 2021, Mr Goren returned to Australia and was required to spend two weeks in hotel quarantine due to COVID-19 restrictions. Mr Goren was released from hotel quarantine on 10 June 2021. On 11 June 2021, his children told him about his alleged dismissal.

Mr Goren’s children claimed that they did not tell him about his alleged dismissal because he had heart disease. They were acting on the advice of Mr Goren’s doctor, that he needs to be supervised during activities that cause more emotional and physical distress.

Section 394 of the FW Act provides that:

(1) A person who has been dismissed may apply to the FWC for an order under Division 4 granting remedy.

(2) The application must be made:

(a) within 21 days after the dismissal took effect; or

(b) within such further period as the FWC allows under subsection (3).

(3) The FWC may allow a further period for the application to be made by a person under subsection (1) if the FWC is satisfied that there are exceptional circumstances, taking into account:

(a) the reason for the delay; and

(b) whether the person first became aware of the dismissal after it had taken effect; and

(c) any action taken by the person to dispute the dismissal; and

(d) prejudice to the employer (including prejudice caused by the delay); and

(e) the merits of the application; and

(f) fairness as between the person and other persons in a similar position.

In paragraph 13, the Full Bench in Nulty v Blue Star Group Pty Ltd (2011) 203 IR 1 provided that ‘to be ‘exceptional’ circumstances must be out of the ordinary course, or unusual, or special, or uncommon but need not be unique, or unprecedented, or very rare’. This can include a combination of ordinary factors which may, individually, be of no particular significance, but when taken together, are seen as exceptional.

The FWC found that two of Mr Goren’s reasons for delay were exceptional:

The FWC noted that while this scenario constituted exceptional circumstances, they were less prepared to accept that the scenario warrants an extension of time. The Commissioner held that they would not have granted the extension of time, if it had not been for the doctor’s advice that Mr Goren needs to be supervised during activities that cause more emotional and physical distress.

Action taken by the person to dispute the dismissal

The FWC found that Mr Goren had taken no steps to dispute his alleged dismissal until one week before making his application.

Prejudice to the employer

The FWC noted that they could not identify any prejudice to the employer if an extension was granted. However, an absence of prejudice was not enough to weigh in favour of granting an extension of time.

Merits of the application

The FWC held that Mr Goren does not have a strong case, but it is an arguable case. The merits of Mr Goren’s unfair dismissal application weighed slightly against the granting of the extension.

Fairness as between person and other persons in a similar position

The FWC was not aware of any person or cases that were relevant to the question of fairness. This was a neutral consideration.

The doctor’s medical advice was the primary reason for delay that weighed towards granting an extension. Ultimately, the FWC was satisfied that there were exceptional circumstances and granted Mr Goren an extension of time. However, it did so reluctantly.

Mr Goren was successful in establishing that there were exceptional circumstances in this case and was granted an extension of time.

However, employees should be mindful of the 21-day time limit and not rely on the FWC’s powers to grant an extension, as the exceptional circumstances threshold remains high. This extends to situations where the reasons for the delay were due to the conduct of a third party who is not a legal representative, such as a family member.