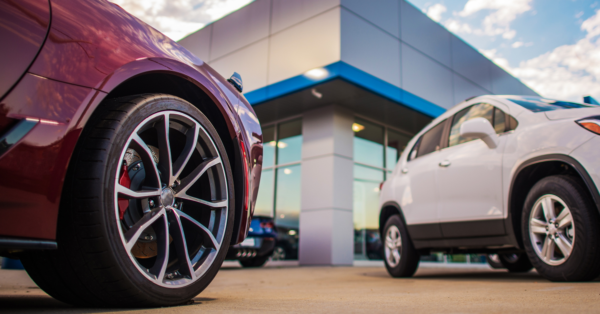 Gregory Sherry sued his former employer Toyota Motor Corporation Australia Limited (TMCA) for damages for the repudiation of his employment contract, after they terminated his employment, alleging that he had engaged in serious misconduct.

Mr Sherry began employment with TMCA in 1997 and had been told that if he continued to work for TMCA until 31 March 2018, he would be entitled to a redundancy payment of $379,268.10 (Gross). On 28 March 2018 TMCA dismissed Mr Sherry summarily, claiming that he had engaged in serious misconduct in relation to expenses claimed for a business trip to Melbourne and the subsequent investigation.

TMCA submitted that Mr Sherry’s dismissal was justified on 5 grounds:

Ground 1: Mr Sherry booked a larger hotel room than was necessary, in order to accommodate his family.

Ground 3: Mr Sherry purchased a meal for his son with his corporate credit card.

Ground 4: Mr Sherry used his corporate credit card to purchase credit on a Telstra Dongle service, for personal use, without TMCA’s knowledge or authority.

Ground 5: Mr Sherry was dishonest when asked about these expenses.

Mr Sherry submitted that he had not engaged in serious misconduct, TMCA’s dismissal was repudiation of the employment contract and he was entitled to loss of bargain damages. Mr Sherry further submitted that when assessing damages, the Court should consider what would have happened if the dismissal had not occurred, which in this case is that his employment would have continued until his redundancy on 31 March 2018, and he would have been entitled to the $379,268.10 in redundancy pay.

The keys issues for consideration were whether TMCA was entitled to terminate the Plaintiff’s employment for serious misconduct. It also involved consideration of whether the summary dismissal clause was a condition of the contract, whether the Plaintiff’s conduct amounted to serious misconduct as defined by the summary dismissal clause contained in his employment contract or at common law, and whether the Plaintiff’s conduct amounted to either a breach of a condition of the contract or a sufficiently serious breach of an intermediate term to justify the termination of the employment contract. Further, the Court also had to determine what was the appropriate damages to be awarded to the Plaintiff.

The Court considered a range of case law in relation to contractual obligations, such as Tramways Advertising Pty Ltd v Luna Park (NSW) Ltd[1] which held that a ‘condition’ is a term, the breach of which will justify termination of the contract. Conditions are essential terms of the contract. The test for essentiality is that if it appears from the contract as a whole, or particular terms, that the promise is of such importance that the promisee would not have entered into the contract unless they were ensured strict compliance with it.

In relation to damages, the Court considered Gates v City Mutual Life Assurance Society Ltd[3] which provides that the plaintiff bears the onus of establishing on the balance of probabilities as to what would have been the value of the contract, if it had not been terminated. The Court also considered Tasman Capital Pty Ltd v Sinclair[4], which held that in a case of termination of a contract of employment for wrongful dismissal, at common law the employee is prima facie entitled to recover the present value of wages which would have been earned for the remaining period of the contract.

The Court found that the summary dismissal clause was a condition of the employment contract and that TMCA was entitled to summarily dismiss Mr Sherry if he had engaged in serious misconduct.

It was for the Court to determine whether Mr Sherry’s alleged conduct amounted to serious misconduct. In doing so, the Court noted that there were a number of factual issues in dispute and that there was insufficient objective evidence and that therefore the determination of the case turned significantly on the credibility of witness evidence.

The Court then considered and rejected each of TMCA’s grounds for dismissal, for the reasons that follow:

The Court accepted that Mr Sherry did not choose a larger room in order to accommodate his family, rather he chose it because it was the only room offered by TMCA’s booking system. While Mr Sherry should have tried to resolve this with the hotel, when he discovered that the room was a suite, his failure to do so was considered a breach of TMCA’s accommodation procedure and a breach of his contractual obligation, the Court ultimately found that this failure was not dishonest or unethical. The Court criticised TMCA’s investigation, noting that TMCA had been in a position where it could have made enquiries in order to determine whether Mr Sherry’s version of events was true, and they chose not to. The Court held that Ground 1 did not constitute serious misconduct. Further, the Court found that Mr Sherry’s conduct was not a sufficiently serious breach to justify the termination of the contract, noting that “It is a natural consequence of the employment relationship that an employee’s misconduct may cause financial loss to their employer” and that TMCA’s loss was small and ultimately, Mr Sherry’s conduct did not alter his performance of the employment contract.

The Court accepted Mr Sherry’s evidence that his uncertainty as to his finishing time on the Friday was a legitimate business reason that justified the booking of an additional night’s accommodation and was therefore, neither serious misconduct or a breach of the employment contact.

The Court was critical of TMCA’s evidence and did not accept that the meal was purchased for Mr Sherry’s son. Since Mr Sherry had a legitimate business reason to stay in Melbourne on the Friday, the Court found that the meal was a legitimate expense and was not in breach of any policies, procedures, or contractual obligations, nor could it be considered serious misconduct.

Again, the Court was critical of TMCA’s investigation and evidence, noting that they failed to make any competent inquiries of former managers to corroborate Mr Sherry’s claim that he had obtained authorisation for the Telstra dongle. The Court found that Mr Sherry’s expense claim was legitimate and was not in breach of any policies, procedures or contractual obligations, nor could it be considered serious misconduct.

The Court noted that it was not satisfied that Mr Sherry gave dishonest answers in the course of the investigation.

Ultimately, the Court was not satisfied that Mr Sherry engaged in serious misconduct as to justify the summary dismissal.

The Court then went on to consider the appropriate damages. Mr Sherry bore the onus of establishing what would have been the value of the employment contract, if it had not been terminated. The Court held that, but for the termination of Mr Sherry’s employment contract, he would have continued to work until 31 March 2018 when his position would have become redundant, and he would have been entitled to the redundancy payment previously promised by TMCA. Further, Mr Sherry was also entitled to reimbursement for the disputed meal and Telstra dongle expenses.