School employees stood down due to a lack of ‘useful’ work during COVID-19 restrictions. Was this lawful? 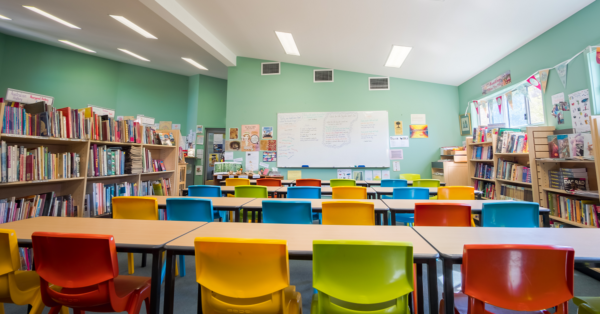 In Independent Education Union of Australia v The Peninsula School T/A Peninsula Grammar School [2021] FCCA 115 (IEU v PGS) the Fair Work Commission (the FWC) held that employees had been unlawfully stood down from their work due to the mistaken understanding that all ‘useful’ work that could be performed by these employees had ceased due to the COVID-19 pandemic.

In August 2020, the Victorian Government announced that Stage Four restrictions were to commence in Melbourne and that schools would return to remote learning instead of onsite learning.  In mid-August 2020, PGS notified three of its workers (two library technicians and a classroom assistant) that their positions were to be stood down without pay, due to the Stage Four restrictions. The employees were advised that there was no ‘useful’ work for them to do while the restrictions were in place.

The IEU filed a section 526 dispute application with the FWC, claiming that the employees were not lawfully stood down as there had not been a stoppage of work that warranted such an action under section 524(1) of the Fair Work Act 2009 (FW Act).

(1)  An employer may, under this subsection, stand down an employee during a period in which the employee cannot usefully be employed because of one of the following circumstances:

(b)  a breakdown of machinery or equipment, if the employer cannot reasonably be held responsible for the breakdown;

(c)  a stoppage of work for any cause for which the employer cannot reasonably be held responsible.

The FWC stated that, pursuant to Stelzer v The Trustee for the Ideal Acrylics Unit Trust [2020] FWC 4129 (Stelzer), there were two jurisdictional facts to be satisfied for a lawful stand down of an employee under section 524(1)(c):

PGS had argued that when determining these two jurisdictional facts, the initial consideration should be whether there was useful work to be completed by the employees, and subsequently determine whether the lack of useful work was due to reasons that were beyond the employer’s control.

The FWC disagreed and determined that, because the failure to find useful work must be due to the stoppage of work, it should first be established whether there was a stoppage of work.

A significant consideration was whether a mere reduction in work could constitute a ‘stoppage of work’ and what limited business activity, if any, would still be reconcilable within a ‘stoppage of work’ finding under section 524(1). PGS argued that some business activity could continue as it was about the degree of disruption at work. That is, for section 524(1)(c) to apply, the degree of disruption to the business activity does not have to be greater than the degree of disruption that is encompassed by a strike or a breakdown of machinery, as is provided by sections 524(1)(a) and (b), respectively. The FWC did not agree with this interpretation and stated that the ‘point’ of these subsections is to encompass circumstances for which the employer cannot reasonably be held responsible, and not about the level of disruption. Commissioner Bissett added that section 524(1) should not be read so broadly to encompass a ‘disruption’ but not so narrowly as to require all aspects of a business to close.

Notably, the FWC referred to a recent decision in Marson v Coral Princess Cruises [2020] FWC 2721, in which COVID-19 pandemic was accepted as a type of event contemplated by section 524(1)(c), provided that the facts supported that the reason for the stoppage was the COVID-19 pandemic. The FWC went on to determine that the business of PGS was to provide education, but it was not constrained to only provide on-site education, as this could be, and was, provided remotely. For this reason, the work of the school had not stopped as contemplated by section 524(1)(c) of the FW Act, despite the COVID-19 pandemic.

In Stelzer, it was held that a stoppage of work exists when there is a stoppage of an ‘activity’ of the business. The FWC, therefore, proceeded to consider whether a stoppage of work could be determined within classroom activity or library activity, if these were to be treated as distinct business activities to the school.

The FWC found that classroom activity continued remotely. Therefore, in the case of the classroom assistant, the role was not confined to on-site teaching, and the role could have been transitioned to remote assistance. It was the decision of PGS to not transition this role to remote work due to concerns that classroom assistants might be a ‘distraction’ to teachers. Therefore, PGS could reasonably be held responsible for the stoppage of work.

PGS submitted that the physical library space was not being used and that there was a reduction in demand for the library. However, PGS also conceded that students and teachers continued to access the library online and that the library was in the process of relabelling its books. PGS argued that relabelling books was a long-term goal and not a priority of the school. The FWC held that PGS’s choice not to proceed with relabelling books did not mean that library work had ceased for reasons outside of the control of PGS.

The FWC held that it was not necessary to consider in any more detail whether work had stopped for a reason for which PGS could not be held responsible as there was no stoppage of work in accordance with section 524(1)(c).

The COVID-19 pandemic has disrupted the work of a number of businesses, but this does not always mean that there is a statutory entitlement for employers to stand down their employees. It is only if there is a stoppage of work for the business, or a distinct business activity, that employers can begin to consider whether an employee can be ‘usefully employed’ or if they are to be stood down.