Can rolling maximum term contracts be deemed a dismissal when a new contract is not offered? 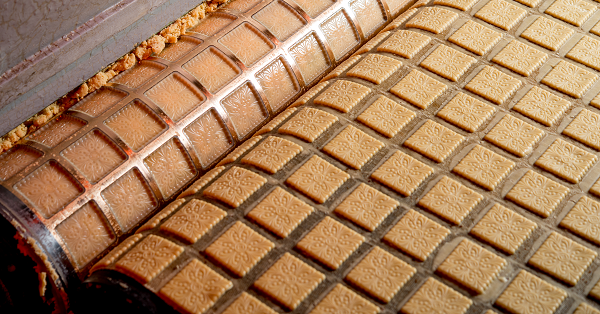 Mr Michael Nasr had been employed by Mondelez Australia Pty Ltd (Mondelez) for approximately 18 months. He worked in various roles during his employment. The parties entered into a new maximum term contract for each role, with eight maximum term contracts in total. Mr Nasr made an unfair dismissal application to the Fair Work Commission (the FWC/Commission) after the expiry of the last maximum term contract, and with no new contract being entered into, Mondelez lodged a jurisdictional objection on the grounds that Mr Nasr had not been dismissed, his contract merely came to an end. The Commission held that Mr Nasr’s employment was not terminated at the initiative of Mondelez and dismissed Mr Nasr’s claim.

Mr Nasr also held various jobs under these contracts, ranging from confectioner to cleaning duties, and worked in various departments. Some contracts provided for day shifts, others for night shifts. On all contracts, the expiry date was clearly articulated, and all contracts made reference to the employment being ‘temporary’.

After 31 December 2020, at the expiration of the last contract, Mr Nasr was not offered any further positions with Mondelez.

Mr Nasr put forward evidence that at the signing of each contract, he was made promises by Mondelez that he would be given work every day and he therefore had a reasonable expectation of ongoing employment. Mondelez categorically denied making any such promises.

Mr Nasr brought an unfair dismissal claim against Mondelez and sought reinstatement. Mondelez objected to the claim on jurisdictional grounds, claiming that there was no termination at the ‘initiative’ of the employer but merely an expiration of a maximum term contract.

(1) A person has been dismissed if:

(a) the person’s employment with his or her employer has been terminated on the employer’s initiative;

(2) However, a person has not been dismissed if:

Deputy President Young followed the decision in Khayam v Navitas English Pty Ltd t/a Navitas English (Navitas),[1] which provided the principles that are to be applied when determining whether a termination was at the employer’s initiative, pursuant to section 386(1)(a) of the FW Act.

The Full Bench also provided a non-exhaustive list of circumstances where it is necessary to examine factors outside of the terms of the contract, including when:

The FWC found that Mr Nasr had read and understood the terms of each of the contracts and that there was no guarantee of employment beyond the expiration of the contracts. Deputy President Young noted that Mr Nasr was employed for a period that was longer than was ordinarily the case with limited contracts, but nonetheless found that there was a genuine operational requirement for each contract. The context of Mr Nasr’s changing roles, shifts, and departments supported this finding.

Lastly, the FWC did not accept Mr Nasr’s evidence that representations were made to him that he would be offered further employment at the expiry of the eighth contract.

The Commission’s decision in this instance is nonetheless a positive reminder that each case will be assessed on its merits. Employer’s will want to consider what are the genuine operational requirements that call for a limited contract to be entered into, rather than a permanent one. Employers will also be able to protect themselves from the risk of liability by making sure that before the employee signs the contract, they understand that the employment is offered on a temporary basis only, with no assurances of further employment.

Employers should be aware that this will not apply where the contract is ended early. When a limited time contract is terminated early by an employer, it will likely be considered a termination at the initiative of the employer and unfair dismissal protections will apply (subject to the other qualifications). This is even the case in circumstances where the employment is terminated 1-2 weeks before the prescribed end date, and the employee is paid the full value of the contract in lieu of notice. It is only in circumstances where the employment comes to an end because of the genuine effluxion of time that the exception in section 386(2)(b) will apply.