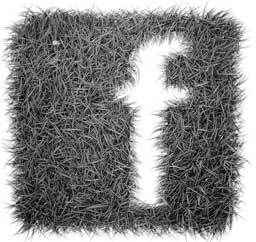 This case was considered in the recent decision of Fitzgerald v Dianna Smith t/a Escape Hair Design [2010] FWA 735 in relation to a Facebook posting that had been made for an employee after she had received a smaller Christmas bonus than she had expected and holiday pay which was paid partly in cash and the rest by cheque. While the employee’s Facebook page was only accessible to her Facebook friends, some of these friends included clients of the salon. However, the employer was not identified.

In this case the Commissioner did not consider that the comments were detrimental to Escape Hair Design’s business or adversely affected the hairdressing industry as a whole.

The Commissioner warned employees of the danger of posting disparaging comments about their employer on Facebook as it became public comment. She stated that:

“A Facebook posting, while initially undertaken outside working hours, does not stop once work recommences. It remains on Facebook until removed, for anyone with permission to access the site to see. A Facebook posting comes within the scope of a Rose v Telstra consideration but may go further. It would be foolish of employees to think that they may say as they wish on their Facebook page with total immunity from any consequences.”

On the facts of the case the Commissioner did not find that the comments made by the employee had destroyed the trust and confidence in the employee. This was strengthened by the fact that the employer had not raised the issue with the employee as soon as it had become aware of the posts.

In summary, posting negative comments about an employer on a social networking site may be an adequate reason for dismissal in circumstances where :

Disrespectful and negative comments may also breach the employee’s duty of trust and confidence.

Employers should make sure that their current policies are broad enough to cover the inappropriate use of social media or introduce specific social media policies outlining employee expectations and consequences of failing to meet these expectations.

The content of this document is general in nature and provides a summary of the issues covered. It is not intended to be nor should it be relied upon as legal or professional advice. Specific legal advice should be sought before acting on the contents of this document. Copyright in this document is owned by PCC Lawyers and permission to reproduce it can be sought from This email address is being protected from spambots. You need JavaScript enabled to view it..