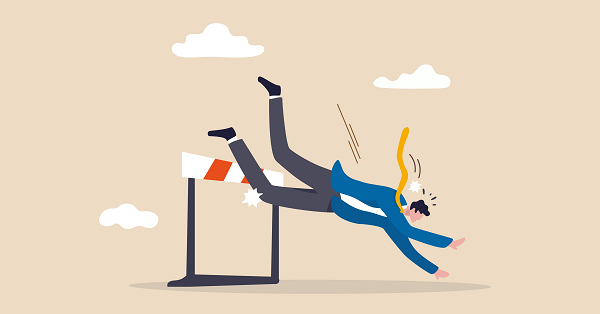 Managing performance effectively is one of the critical aspects of the management of any business.  Employers who fail to tackle, promptly and effectively, the problem of underperforming employees, risk long running and often expensive legal and operational problems. Not only can poor performers undermine the efforts of co-workers and harm workplace culture, but their failings can have consequences for the bottom line.

Quite often, businesses facing these problems have underperforming employees that have not been properly made aware of their poor performance issues. Real difficulties emerge when managers:

Early, decisive action is crucial. Companies regularly seek advice for situations where employees have been underperforming for years. Worryingly, where an employee has been allowed to underperform for a long period, their understanding of what is required of them is often misguided and becomes entrenched. As a result, such employees may react with real resistance when challenged on their performance.

Failure to act early and decisively on poor performing employees can often lead employers into legal difficulties when the employer ultimately decides to act. Commonly arising legal issues in these circumstances include claims of constructive dismissal or unfair dismissal, adverse action, breach of contract, discrimination, and workers’ compensation claims.

A critical prerequisite to performance management is to ensure that each position, or class of employee, has an up-to-date and accurate position description. A position description identifies the required duties and responsibilities for a role. It can also identify what skills, education and experience is required for the role.

The duties and responsibilities should not be generalised or aspirational. It is a common mistake to use this type of language, often used in job advertisements, as an employee’s position description. The two serve completely separate purposes.

The role of position descriptions in performance management cannot be understated.  It is not possible to meaningfully address the underperformance of a role, unless the nature of the role is clearly defined, and transparent to all parties.

Key Performance Indicators, or KPIs, are quantifiable standards or targets used to measure performance or progress. Like position descriptions, KPIs should be specific to the duties of a role and should be realistic and achievable. KPIs should be developed to align with the business’ overall strategy.

KPIs allow for an employer to objectively assess an employee’s performance, rather than basing reviews of performance on evaluative judgements. For KPIs to be an effective tool for assessing performance, KPIs should be objective and measurable targets.

There are three broad parameters which are useful in measuring performance, and should therefore guide the drafting of position descriptions and KPIs:

Often, employers intuitively assess an employee’s ‘attitude’ as a measure of their performance.  This can be dangerous, as an employee’s attitude is intrinsic and is inherently unknown to the employer.  Instead, employers should focus on ‘behaviours’.

The way an employee behaves is the manifestation of ‘attitude’. It is much more effective to address these behaviours if and when they become an impediment to good performance.   Along with ‘skills’ and ‘knowledge’, these provide a framework for the identification, discussion and management of performance concerns.

In our experience, where a position description or KPIs are not adequately provided, and  framed around these objective parameters, employers instinctively begin to consider intangibles, such as ‘attitude’, which are virtually impossible to manage, and fraught with legal dangers.

Other than informal feedback and ‘coaching’, there are two main options to formalise an approach to poor performance:

The appropriate course of action depends upon the circumstances.

A performance management warning is a formal notice to an employee that they are underperforming in their role. Warnings can also be used where an employee is not complying with the business’ policies, is behaving unprofessionally, or is frequently late to work.

In unfair dismissal proceedings, in considering whether a dismissal is ‘harsh, unjust or unreasonable’, section 387(e) of the Fair Work Act 2009 (Cth) (the FW Act) requires the Fair Work Commission (the FWC) to consider whether an employee dismissed for unsatisfactory performance was warned about their performance. As a rule of general application, where a dismissal is for unsatisfactory performance (rather than misconduct) then the FWC will likely consider the dismissal unfair if the employer had not previously warned the employee in relation to their performance.

The Full Bench of the FWC in the matter of Heran Building Group Pty Ltd v Eduard Anneveltd [2013] FWCFB 4744 at [38] reaffirmed the previous Australia Industrial Relations Commission Full Bench decision and reasoning in the matter of Fastidia Pty Ltd v Goodwin (C No. 33477 of 2000) where it set out that:

In relation to the later requirement, a mere exhortation for the employee to improve his or her performance would not be sufficient.”

To ensure that employers are doing more than generally appealing to employees to improve, they must:

Warnings should preferably be given in writing to the employee. However, there are cases where the FWC has accepted that certain verbal warnings have met the required standard, for example, Lynda Murphy v Clear Day Pty Ltd [2022] FWC 373. In this case, an employee received a verbal warning from her employer, about the excessive use of her mobile phone for personal use. The employer advised Ms Murphy that if her performance did not improve then her employment would be terminated. The employer then made a file note of the conversation. The employee challenged the dismissal in the FWC. The FWC noted that a written warning should have been issued, and that it is preferable to have clear, undisputable evidence between the parties, and for the employee to know exactly what matters need to be addressed in order to prevent dismissal. However, the FWC was satisfied that the employee had received a firm verbal warning and was aware that the failure to improve would result in her dismissal and ultimately found that the dismissal was not unfair.

By contrast, in Ken Goodwin v Hadfield Industry’s Holdings T/A Arvo Steel Roofing [2013] FWC 4793 it was held that generalised “pep-talks” with a long term employee were not enough to constitute a warning. The employer in this case submitted evidence of many conversations over two years with the employee about poor performance. The FWC held that these conversations were not decisive enough and were too non-specific in nature to constitute properly raising the poor performance issues or issuing a warning.

Similarly, in Mr John Robert Dean v Sybecca Pty Ltd T/A Sleepy Lagoon Hotel [2010] FWA 8462, a Hotel Manager was dismissed for unsatisfactory performance and made an unfair dismissal application. The employer claimed that the Hotel Manager should have known, from the passing iterations made by the employer about the business’ goals and directions, what was expected of him and that his performance had been deficit. The employer conceded to not directly performance managing the employee, but rather ‘chipping’ him ‘often’. The employer also relied on interactions with managers and staff where he explained that his expectation is that employees are hardworking and diligent, as evidence that the employee had been warned about poor performance. The FWC held that, while it was naive to think that the Hotel Manager was unaware of the expectations placed on him, the employer’s actions were not a formal warning and did not allow him an opportunity to improve his performance.

It should be noted that neither the FW Act, nor any other legislation, prescribes a certain number of warnings that an employee is to receive before being dismissed. Contrary to popular belief, there is no ‘three warnings’ rule.

Use of Warning or Plan

A key takeaway from this case, is that if a PIP is to be commenced, it should be implemented and documented as effectively as possible.

When implementing any performance management processes, there are certain steps an employer should utilise.

Early action, such as a one-on-one meeting with the employee and issuing a warning, if required, need not be overly onerous or uncomfortable. After all, this should be part of a manager’s role and requires the employer to know exactly what performance they require from their staff.

Having prompt discussions when a matter arises can often result in its resolution, or if this does not occur, a lawful termination can take place down the track.

Putting off these discussions can result in the managers spending even more time dealing with the issue and incidental factors, such as complaints from colleagues or the time and cost of recruitment if other staff leave due to inaction.

Employers must ensure they act decisively when talking to employees about their poor performance. It is not enough to skirt around the issue or to raise performance concerns broadly in a group context. Employees should be spoken to plainly, frankly, and individually about their poor performance, including being informed that if they do not improve, their employment may be terminated. Confirming the conversation, including the possibility of termination of employment, in an email or letter is also highly advisable.

You can also listen to our podcast on the subject. Click here to listen on your preferred streaming service.