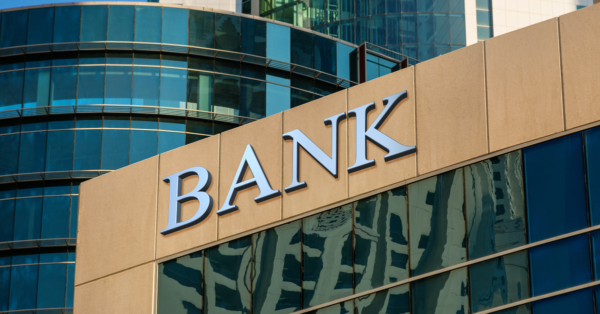 In Crispe v Bank of Queensland Limited [2021] FCCA 115 the Federal Circuit Court heard on an interlocutory application to strike out portions of a Form 2 lodged by Mr Crispe (the Applicant). The Applicant had brought an unfair dismissal claim against his former employer, Bank of Queensland Limited (the Respondent), alleging that he had been dismissed for making an “inquiry” in relation to his employment, pursuant to section 341(l)(c)(ii) of the Fair Work Act 2009 (Cth) (the FW Act). The Respondent argued that the Applicant had no right to make an inquiry. The interlocutory application was dismissed.

The Applicant claimed that adverse action was taken by the Respondent in response to the Applicant exercising a workplace right by making an inquiry about his employment. Namely, the Applicant had enquired with his employer about the decision to remove the fuel and parking allowance entitlements that the Applicant had previously received and asked for his pay grade to be reviewed because he believed that it was not commensurate with his role. The Applicant’s position was terminated shortly thereafter.

The Respondent filed an interlocutory application with the Federal Circuit Court to have parts of the Applicant’s Form 2 removed on the basis that the Applicant had not in fact made an “inquiry” pursuant to section 341(l)(c)(ii) of the FW Act.

Had the Applicant made a complaint or inquiry in relation to his employment under section 341(l)(c)(ii) of the FW Act?

(a)  because the other person:

(i)  has a workplace right; or

(ii)  has, or has not, exercised a workplace right; or

(iii)  proposes or proposes not to, or has at any time proposed or

(b)  to prevent the exercise of a workplace right by the other person.

Section 341 of the FW Act sets out the meaning of a workplace right as:

(1)  A person has a workplace right if the person:

(a)  is entitled to the benefit of, or has a role or responsibility under, a workplace law, workplace instrument or order made by an industrial body; or

(b)  is able to initiate, or participate in, a process or proceedings under a workplace law or workplace instrument; or

(c)  is able to make a complaint or inquiry:

(i)  to a person or body having the capacity under a workplace law to seek compliance with that law or a workplace instrument; or

(ii)  if the person is an employee–in relation to his or her employment.

The Federal Circuit Court found that the Applicant did make an ‘inquiry’ about his employment by asking about his pay rate and his entitlements and dismissed the Respondent’s interlocutory application.

Both the Respondent and the Applicant made submissions in relation to whether the Applicant was ‘able to make’ an inquiry pursuant to the wording of section 341(1)(c) of the FW Act, and both parties referred to precedents on the topic.

The Respondent claimed the Applicant was only ‘able to make’ a complaint if he had some identifiable right to make the complaint, pursuant to Shea v TRU energy Services (No 6) [2014] FCA 271. Conversely, the Applicant argued that the ‘entitlement’ was not about a right to make a complaint, but rather about the broader entitlement to complain or inquire about his employment, as was established in PIA Mortgage Services Pty Ltd v King [2020] FCAFC 15.

Judge Jarrett course-corrected both the Applicant and the Respondent, noting that the precedents referred to by the parties related only to making a complaint, and not to making an inquiry. His Honour highlighted that both words are included in the legislation for a reason and this case is a good example of what the difference between the two terms is; to seek information about the ‘possibility of a pay rise’ is making an inquiry about the terms of employment. Judge Jarrett added that the Applicant’s ability to make an inquiry arises from the terms of the employment contract that relate to remuneration.

The Respondent had submitted that the Applicant’s actions did not amount to an ‘inquiry’ because he merely asked questions. Judge Jarrett noted it is ‘entirely conceivable’ that an inquiry would take the form of a question seeking information. He continued by saying:

“…the inquiry or complaint need have no other character. By that I mean the complaint does not have to have substance or the subject of it be true. Nor the subject matter of any inquiry. Once the employee establishes that he or she has made a complaint or inquiry about their employment, the issue becomes whether the adverse action taken by the employer (assuming adverse action is established) was taken for a proscribed reason.”

The Federal Circuit Court held that the Applicant has pleaded a cause of action for a breach of a general protection and no part of the Form 2 was to be struck out.

Employees are entitled to make inquiries and complaints about their employment without threat of dismissal, or other adverse action being taken against them. What constitutes a ‘complaint or inquiry’ is broad and does not necessarily have to be reliant on some substantive entitlement. This is particularly the case in relation to the making of an ‘inquiry’. An employee may wish to simply clarify how their pay rate is determined and this may constitute an ‘inquiry’ for the purposes of a general protections claim.

The key factor for a general protections claim, where adverse action in the form of a dismissal has been taken against an employee, will be whether the employer made the decision to take that action in response to the inquiry or complaint. The intention of the employer will be crucial.