Employee dismissed for refusing to physically attend the workplace 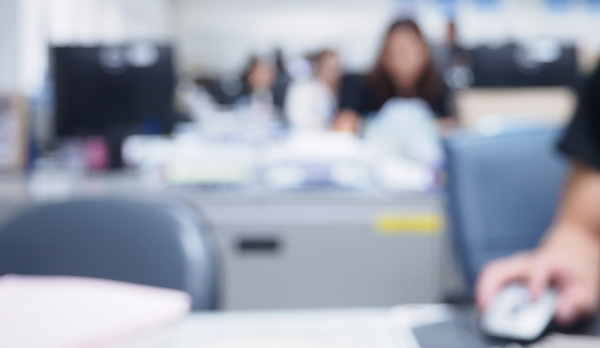 Mr Jason Lubiejewski (the Applicant) brought an unfair dismissal claim against his employer, the Australian Federal Police (the AFP), claiming that the AFP had failed to respond to his request for flexible work, and in particular, to his request to work from home full-time due to his disability. The Fair Work Commission (the FWC) held that the AFP had offered suitable adjustments to accommodate the Applicant’s return to work, and that the Applicant had, therefore, unreasonably refused to comply with a lawful and reasonable direction to physically attend work. The FWC found that this was a valid reason for dismissal.

The Applicant had been employed by the AFP since 2010, in the AFP’s News and Online Services team, and suffered from autism spectrum disorder. Since 2017, he also suffered from anxiety and depression, and to accommodate his needs, the AFP had moved his workspace. In March 2020, the Applicant’s psychologist recommended that the Applicant’s workstation be relocated again to a quieter area, with less foot traffic, to protect him from sensory overload. His psychologist also suggested that AFP could consider a work from home arrangement.

Later in March 2020, the Applicant began working from home full-time, due to the COVID-19 pandemic. This arrangement continued until August 2020, when the Applicant went on personal leave. In January 2021, the Applicant returned to work, and he was requested to attend the office and engage with a workplace rehabilitation provider, who could assist him with any necessary return-to-work adjustments that could be made. Despite numerous attempts to discuss the Applicant’s return-to-work plan with him (both by phone and email), the Applicant refused to return to the office or speak with a workplace rehabilitation provider. The Applicant maintained that he did not need to return to the office to perform his work and that his psychologist had told him that he should work from home.

In March and April 2021, the AFP directed the Applicant to return to work at the office, where he would be set up in a quieter workstation, three days a week, and for the remaining two days of the week, the Applicant could work from home. On 20 April 2021, the AFP also advised the Applicant that if he failed to comply with this direction, his employment may be terminated. The Applicant replied to reiterate that he had provided a letter from his psychologist and the AFP should rely on that and allow him to continue to work from home. The AFP noted that the psychologist’s letter was over a year old and more recent medical evidence would be needed. On 13 May 2021, the Applicant provided a medical certificate from a doctor, which stated that he would ‘benefit from a working from home’, which was dated 10 February 2021.

On 25 May 2021, the Applicant was issued with a notice of termination for failure to comply with a lawful and reasonable direction.

Section 385 of the FW Act sets out what is an ‘unfair dismissal’:

‘A person has been unfairly dismissed if the FWC is satisfied that:

(a) the person has been dismissed; and

(b) the dismissal was harsh, unjust or unreasonable; and

(c) the dismissal was not consistent with the Small Business Fair Dismissal Code; and

(d) the dismissal was not a case of genuine redundancy.’

Section 387 of the FW Act provides what the FWC must take into account when considering whether a dismissal was harsh, unjust or unreasonable:

‘In considering whether it is satisfied that a dismissal was harsh, unjust or unreasonable, the FWC must take into account:

(a) whether there was a valid reason for the dismissal related to the person’s capacity or conduct (including its effect on the safety and welfare of other employees); and

Deputy President Dean of the FWC held that the AFP’s direction for the Applicant to return to the office was lawful and reasonable, and the AFP therefore had a valid reason to dismiss the Applicant when he repeatedly refused to comply with this direction.

The Applicant had argued that he had a legal entitlement to flexible work due to his disabilities, and as such, the AFP’s direction was not lawful. He also submitted that the AFP had breached the Disability Discrimination Act 1992 (Cth) for failing to make reasonable adjustments for him in the workplace in the last four years of his employment.

The AFP submitted that it was a lawful and reasonable direction for the Applicant to physically attend the workplace. It added that the Applicant’s conduct was serious, and he was aware of what the directions required him to do and that failing to comply with them could result in termination. The AFP referred to section 40 of the Australian Federal Police Act 1979 (Cth), which provided that an AFP appointee, such as the Applicant, must obey instructions given to him. The AFP also argued that the direction was reasonable because the Applicant had been offered the opportunity to return to work gradually, they enquired with the Applicant about what adjustment he may need in order to return, and they requested him to provide up-to-date medical evidence from his treating practitioners, which he failed to provide. The AFP also offered a number of operational examples of why the Applicant’s physical attendance was required, including the need to integrate the Applicant back to work after his absence and to train him in new systems.

The FWC determined the dismissal was not harsh, unjust, or unreasonable, and dismissed the Applicant’s claim.

Where an employee has a disability, they may request for flexible working arrangements, and where the employer can accommodate the request, they should. However, where there are reasonable business grounds to refuse the request, they are entitled to do so. An employee does not have a right to work from home, for example, solely because they have requested it.

Employers should always take extra care when dealing with employees who are injured or have a disability, so as to protect their employees from further harm, but also to protect themselves from unnecessary risk of liability. The employer in this case took steps to try to accommodate the employee’s request and to act in accordance with the medical advice made available to them. Their conduct is also exemplary in that they have made a number of attempts to discuss the arrangements with the employee and given him sufficient opportunity to follow the direction to return to work. Once it became apparent that the employee would continue to ignore the direction, the employer has followed the dismissal process thoroughly, including giving the employee sufficient opportunity to respond to the show cause letter and to provide updated medical evidence.