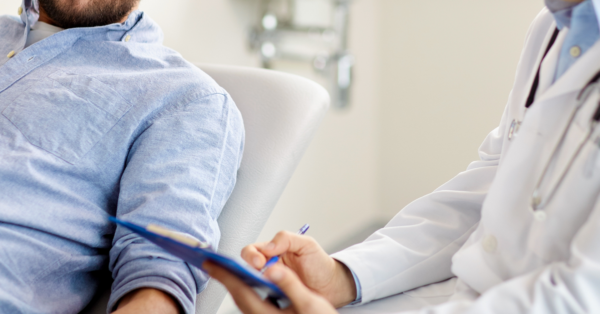 Mr Fe Ben Acal (the Applicant) was employed at the Rockhampton Plant as a maintenance fitter until he was dismissed for serious misconduct on 2 October 2019. JBS Australia Pty Limited (the Respondent) claimed that the Applicant had abandoned his employment by walking off the job. The Applicant brought an unfair dismissal claim against the Respondent.

On 27 July 2019, the Applicant had an accident at work that caused a laceration to his left little finger. The Applicant received a warning due to failing to follow proper safety protocol. The Applicant was also on Workers’ Compensation and was issued with a capacity certificate that stated he was not to lift anything with his left hand and that he was able to perform “light duties while wearing a splint at all times”. He was also required to report to the medical centre twice each day.

On 2 October 2019, before the workday had commenced, the Applicant reported to the first aid centre on the Respondent’s site to report a further injury to his finger, which was the subject of an ongoing workers compensation claim. The Applicant stated that his finger was injured further because on the day prior he had been asked to do work that was outside the scope of his rehabilitation plan, being the use of a high-pressure hose. He had arrived at work that day only intending to report the incident, the severity of which had only become clear that morning, and to then proceed to obtain a medical certificate from a GP to cover the period of his absence.

The Respondent had questioned whether the further injury was caused by his duties or by something the Applicant had done at home. The Respondent acknowledged that the Applicant’s finger was visibly swollen when he attended the first aid centre to report the incident. The managers of the Applicant had attempted to speak to him before he left work to see a doctor, stating that the reason was that they were concerned about the Applicant’s rehabilitation and whether he was following the rehabilitation plan. The Applicant was unreceptive to this ‘questioning’ and walked out. The managers claimed that they had advised him that walking off would be considered an abandonment of his employment. The Applicant did not recall hearing this.

On previous occasions, the Applicant had received warnings for leaving work due to feeling sick, without notifying HR, and for not following the Work Health and Safety protocols by trying to glue the laceration to his finger himself and risking further injury to it by doing so.

A person has been unfairly dismissed if FWA is satisfied that:

(a)  the person has been dismissed; and

(b)  the dismissal was harsh, unjust or unreasonable; and

(c)  the dismissal was not consistent with the Small Business Fair Dismissal Code; and

(d)  the dismissal was not a case of genuine redundancy.

The Fair Work Commission (FWC) held that the dismissal was harsh, unjust, and unreasonable. It found that, while the Applicant had not been blameless in the events that led to the termination of his employment, it was not reasonable for the employer to assume that the Applicant had abandoned his employment when he was visibly injured and had provided adequate medical certificates for his absence.

The FWC stated that:

Employers should be cautious before terminating employment by reason of an employee’s ‘abandonment’ of the role, particularly where the employee has a proper explanation for their absence, such as a medical certificate. Similarly, to summarily dismiss an employee without notice and without following the proper procedure, is more likely to lead to a finding of a degree of harshness in the dismissal process. Conversely, employees are expected to take responsibility for their own wellbeing and refuse tasks if they are outside the scope of any rehabilitation plan that the employee is under. Ultimately, the Employer has a duty of care to its employees, and it should ensure that its employees are not assigned with any tasks that might cause them further injury and be mindful that an employer cannot lawfully direct an employee to attend work if the employee is incapacitated and a medical certificate has been provided.