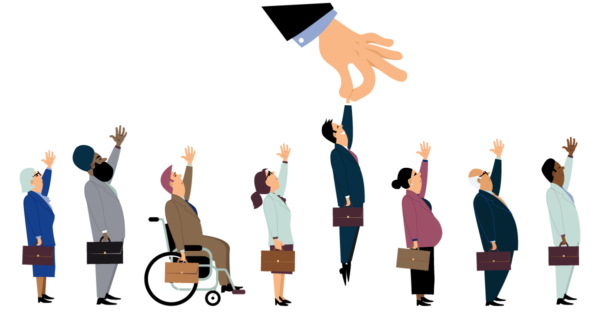 Under state and federal anti-discrimination legislation, it is unlawful to discriminate against a person on the basis of their age, sex, race, disability, marital or relationship status or carer’s responsibilities. This extends to circumstances where an employer makes a decision as to what candidate should be offered a role, or what the terms and conditions of their employment will be, where that decision is even partially based on one of these criteria.

It is critical that employers are aware of these legal risks, before engaging in recruitment.

Set out below are some common pitfalls, and some key considerations, for recruiters in the modern age.

‘Culture fit’
At times, the term ‘poor cultural fit’ will be used to justify an employee being dismissed, not hired in the first place, or told that they are missing out on a promotion, when there may often be no direct performance-related justification given for this decision.  In the modern era of anti-discrimination, it seems to have become the new politically correct way of telling prospective employees “You’re OK, we just don’t like you very much”.

In 2015, Erika Anderson writing for Forbes, described the problem as employers who incorrectly understand ‘cultural fit’ to mean “being more like me”.  Applying the concept in this way leads to a bland, homogenous workplace culture, a lack of diversity amongst the team and, inevitably, discrimination.

With the danger of stating the obvious, these personal attributes seem fundamentally ‘cultural’ in nature.  It seems hard to reconcile this without admitting that what defines a person’s ability to be a ‘cultural fit’ may often include many of the features prohibited by section 351. Consequently, it would be difficult for an employer to defend an adverse decision they have made against a prospective employee as lawful on the basis of whether the candidate was a ‘cultural fit’.

This year, Forbes has taken the conversation further; contributor David Rock encourages employers to look for culture ‘add’s instead of culture ‘fit’s: ‘Instead of finding someone who fits into your culture, i.e. potentially a biased hire, find someone who is a bit different and would thus add to your culture.’

There are substantial workplace benefits to recruiting for a culture ‘add’ and having other similar programs in place that increase diversity in the workplace. Employers will find that being more inclusive and flexible with their workforce will increase the pool of talent from which to choose from.

However, employers should be very wary of using ‘cultural fit’ as a justification for adverse action against employees, unless they can provide objective evidence to prove that this was not discrimination, in the meaning prohibited by section 351.

Age
In the recent decision of Galstaun v Adept Underpinner Pty Ltd [2021] NSWCATAD 75, the NSW Civil and Administrative Tribunal found that a construction company, Adept Underpinner (Adept), had discriminated against a prospective employee on the grounds of his age, before the employee had even applied for the position.

Mr Galstaun, 61 years young, was told over the phone by Adept’s director that the workload was so heavy that a man of Mr Galstaun’s age would likely have a heart attack and he did not want that happening on his work site. Mr Galstaun did not apply for the job and gave evidence that he lost confidence to apply for jobs that required physical strength for 3 months after the call.

Automated recruitment processes
There has been an increasing trend of companies automating their recruitment process through the use of electronic questionnaires and algorithms. It is easy for companies to assume that by putting more distance between them as the recruiter and the prospective employees, companies could remove human biases. However, these methods cannot guarantee protection from liability and have even proven to unnecessarily open companies to liability in ways that could have been avoided with a more traditional approach.

Large companies have experimented with introducing AI recruiting tools, only to find that the AI would nonetheless repeat human biases. In 2018, it was reported that Amazon had been in the process of creating an AI recruiting tool, but quickly came across some problematic choices made by the computer; it would preference the applications of men over the applications of women. Amazon’s computer models would vet applicants through patterns found in resumes submitted to the company for tech-related positions over a 10-year period. Because the majority of the candidates were male, the computer taught itself that male candidates were preferred and began culling resumes that included the word ‘women’s’ or included all-female schools.

Companies that rely on questionnaires to commence the recruitment process have similarly found themselves in deep water when they include questions that are not strictly relevant to the position advertised. For example, if it is an inherent requirement of a position to carry out some physical labour, an employer might wish to know about injuries that would prevent an employee from completing their duties. However, including questions about medical history, or an applicant’s past workers’ compensation claims, may suggest to the applicant that the employer is seeking to filter applications to favour employees without disabilities. Asking about medical history may seem relevant to the recruitment process, but if the questions are too broad, they may increase the risk of a discrimination claim being made against the employer. Open ended questions can encourage candidates to disclose irrelevant medical conditions. For example, a prospective employee’s diabetes will not be relevant to their ability to complete the requirements of the role. A more appropriate manner of bringing this aspect of the position into the questionnaire, without risk, is to base questions on inherent requirements of a role, rather than the employee’s attributes.  For example, to ask whether the employee believes they are able to lift, for example, 15 kilograms, as this may be required for the role.

Much of the recruitment process is based on subjective experiences and views. Many unsuccessful candidates will form views (occasionally incorrectly) about the reasons they were unsuccessful, and these can include a belief that they have been unlawfully discriminated against.

Some practical measures that an employer can take to limit the risks of a discrimination claim being made against it include the following:

The content of this document is general in nature and provides a summary of the issues covered. It is not intended to be nor should it be relied upon, as legal or professional advice for specific employment situations.