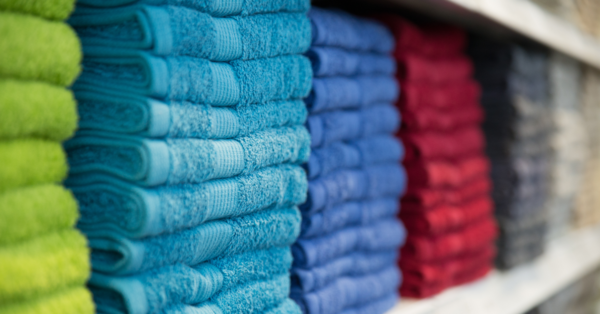 Ms Chandler was a casual employee who made an application to the Fair Work Commission under section 394 of the Fair Work Act 2009 (Cth) (the FW Act), alleging that she had been unfairly dismissed by her employer, Bed Bath n’ Table Pty Ltd (BBT). During the proceedings, both parties conceded that the Applicant had never been spoken to regarding issues with her performance or subject to any disciplinary procedures.

BBT dismissed Ms Chandler on 1 March 2019, alleging the following three incidents of misconduct, which they relied on as the valid reasons for dismissal:

Ground 1: Ms Chandler failed to comply with BBT’s policy in relation to the notification of absences from work, by notifying the store manager via text message rather than with a telephone call. Further, on 14 February 2019 Ms Chandler also failed to comply with a specific direction from the BBT Regional Manager, Ms Faill, to contact her by telephone to communicate her inability to attend work, and instead sent a text message to the BBT Store Manager, Ms Lazarevska.

Ground 2: On 26 February 2019, Ms Chandler was disrespectful, insubordinate, and intimidating towards Ms Faill during a meeting and continually reiterated complaints that were demonstrated to have no substance. This conduct created a threat to the health and safety of Ms Faill.

Ground 3: On 27 February 2019, Ms Chandler sent an email to Ms Faill and the tone of that email was appalling in its lack of respect and was a continuation of the disrespectful, insubordinate, and intimidating conduct that she had engaged in previously.

During the dismissal process, Ms Dowlan made false representations to Ms Chandler about her rights, claiming that the FW Act required that only 24 hours’ notice was required for her disciplinary meeting, and then refused to provide Ms Chandler with the clause that she relied on, claiming that she was not required by the FW Act to provide the clause. The Fair Work Commission later called this a ‘ridiculous claim’.

Ms Chandler was not afforded the full opportunity to respond to the reasons for her dismissal.

Section 382 of the FW Act provides that a person is protected from unfair dismissal at a time if, at that time:

(a) the person is an employee who has completed a period of employment with his or her employer of at least the minimum employment period; and

(b) one or more of the following apply:

(i) a modern award covers the person;

(ii) an enterprise agreement applies to the person in relation to the employment;

(iii) the sum of the person’s annual rate of earnings, and such other amounts (if any) worked out in relation to the person in accordance with the regulations, is less than the high income threshold.

Section 385 of the FW Act provides that a person has been unfairly dismissed if the FWC is satisfied that:

(a) the person has been dismissed; and

(b) the dismissal was harsh, unjust or unreasonable; and

(c) the dismissal was not consistent with the Small Business Fair Dismissal Code; and

(d) the dismissal was not a case of genuine redundancy.

The Fair Work Commission determined that Ms Chandler was a person protected from unfair dismissal.

In relation to Ground 1, the Fair Work Commission accepted that Ms Chandler was unaware that Ms Faill expected Ms Chandler to contact her directly regarding her absences. Further, while Ms Chandler had breached the BBT Policy by notifying of her absence via text message, she had not been admonished for it in the past. The Fair Work Commission was not satisfied that Ground 1 was sound and defensible, and found that it was therefore not a valid reason for dismissal.

In relation to Ground 2, the Fair Work Commission noted that, while the conversation was ‘robust’, it was not consistent with Ms Faill’s version of events. The Fair Work Commission did not accept that Ms Chandler’s conduct could be characterised as ‘disrespectful’ or ‘insubordinate’ and noted that there was no evidence to suggest that her conduct created a health and safety threat. Therefore, Ms Chandler was not guilty of the alleged misconduct and ground 2 was not a valid reason for dismissal.

In relation to Ground 3, the Fair Work Commission noted that while the first sentence of the 27 February 2019 email, ‘Thank you for your prompt reply’, may have been sarcastic, it is not apparent that the email has a ‘tone’ that is ‘appalling’ as submitted by BBT. The Fair Work Commission stated that the emails could not objectively be viewed as ‘intimidatory’ or ‘disrespectful’. The Commission did not accept that Ms Chandler’s emails constituted misconduct and therefore were not a valid reason for dismissal.

The Fair Work Commission then went on to note that since BBT was not aware of the recordings until the commencement of the proceedings, Ms Chandler could not have been notified of the valid reason for her dismissal and therefore was not given the opportunity to respond to that reason and this weighed in favour of a finding of unfairness.

The Fair Work Commission said that the process followed by BBT was ‘riddled with flaws’ and at best was ‘bungled and incompetent’. The Commission noted that BBT unreasonably denied Ms Chandler from having a support person present, by not rescheduling the disciplinary meeting in order to allow her to find a new support person.

The Fair Work Commission also considered Ms Chandler’s financial difficulties and her difficulties in finding other employment to be relevant considerations and these weighed towards a finding of unfairness.

The Fair Work Commission held that Ms Chandler had been unfairly dismissed.

It is important for employers to remember, that even if they have a valid reason to dismiss an employee, it is essential that they follow proper dismissal procedures, inform the employee of the valid reason, and provide them with an opportunity to respond, otherwise the dismissal may be considered unfair.

Further, it is important for employers to enforce their workplace policies because an employee’s failure to comply with a workplace policy will only be considered a valid reason for dismissal if it has been consistently enforced.