The Legal Issues That Crop Up During the Recruitment Process 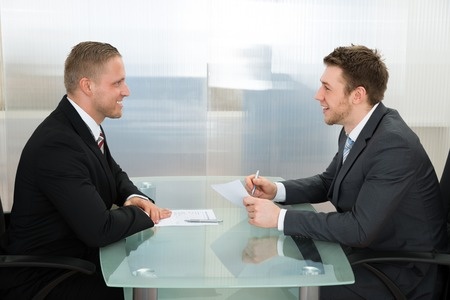 Discrimination
Under state and federal anti-discrimination legislation, it is unlawful to discriminate against a person on the basis of, amongst other things, their age, sex, race, disability, marital or relationship status or carer’s responsibilities. This applies to circumstances where an employer makes a decision based on one of these criteria as to what candidate should be offered a role or what the terms and conditions of their employment will be.

In Bair v Goldpath Pty Ltd & Callinan [2010] QCAT 483 a small school uniform manufacturer and its employee were found to have unlawfully discriminated against a job candidate during an interview when they asked for his date of birth and questioned whether he had children. The Tribunal found that whilst these questions had been asked as a result of a lack of human resource training, there was no reason as to why these questions could be required other than for discriminatory purposes. The company was ordered to apologise to the candidate.

Much of the recruitment process is based on subjective experiences and views. Many unsuccessful candidates will form views (often incorrectly) about the reasons they were unsuccessful and these can include a belief that they have been unlawfully discriminated against.

Some practical measures an employer can take to limit the risks of a discrimination claim being made against it include the following:

Employee’s legal capacity to work
An important question which many businesses fail to ask before offering a job to a candidate is whether they are subject to any non-compete or post-employment restraints from their previous employment. This can have serious consequences for a business if an employee subsequently breaches their restraints and their old employer commences proceedings against the individual and the new employer.

Whilst asking the question of a candidate during the recruitment process may not ultimately affect the business’ decision to hire the person, it will give them the opportunity to take steps to mitigate the risk of being caught up in a protracted legal battle. This could include approaching the previous employer and coming to some agreement that they will not seek to enforce the restraint or that they will only enforce it for a specific period of time. Alternatively, the business could temporarily place the employee into an area of the organisation where they will have no opportunity or reason to contact previous clients or use confidential information belonging to the old employer during the restraint period.  In many cases it will be appropriate to include in the contract of employment a warranty from the new employee that they are not under any restriction (contractual or otherwise) which would prevent them working.

The Migration Act 1958 (Cth) also imposes significant obligations on employers to ensure that a person is legally able to work as either a citizen or a foreign citizen who holds a valid visa to work in Australia. Employers should, at the appropriate time, request evidence that an employee is legally entitled to work in Australia.

Whilst the recruitment process can be challenging for a business, it can also be extremely rewarding when the right person for the job is found. Being aware of the legal issues that can crop up throughout the process is important for all businesses so that steps can be taken to mitigate the risk of legal difficulties arising.

As a follow on from our newsletter series providing updates on COVID-19, we have compiled an eBook "Employment Law in the COVID-19 Era", a comprehensive resource for small business owners, employers, and human resource professionals.